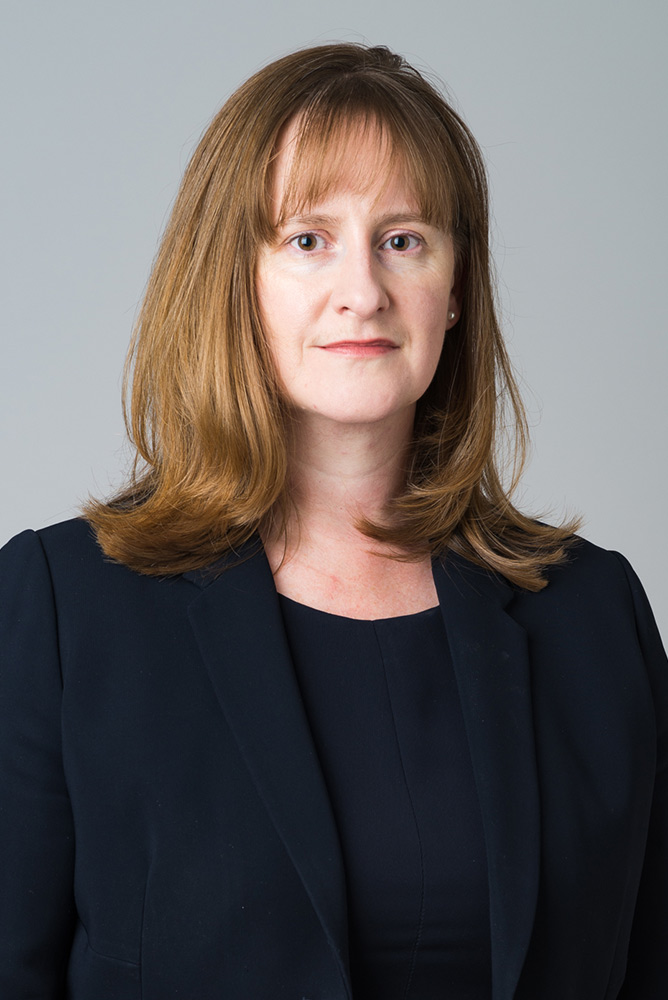 “She is extremely knowledgeable and has good judgements.”
Band 1, Chambers and Partners 2020

Fiona practises and provides strategic advice in domestic and international cases of civil and criminal asset recovery (including unexplained wealth orders), proceeds of crime and tracing, fraud and money laundering, bribery and corruption, mutual legal assistance and mutual recognition, international regulatory work, business crime and compliance issues. Her clients include companies and individuals, prosecuting authorities and investigation and regulatory agencies (such as the Competition & Markets Authority, Financial Conduct Authority and Medicines and Healthcare Products Regulatory Agency), as well as a variety of police forces, foreign governments and receivers.

Fiona is ranked in Band 1 in Chambers & Partners 2014-2020 and the Legal 500, which note that
“she is conscientious, approachable, very down to earth, and very hands-on.’’ “Extremely knowledgeable, and a genuine expert in POCA and asset forfeiture matters.” ‘‘Smart and personable, she doesn’t have the nerd factor that some have in this field. She is professionally top drawer.’’ “An excellent advocate who is reliable, extremely hard-working, commercially aware, user-friendly and very approachable.” “She has a deep-rooted understanding of how all of these areas of law work.”

Her experience ranges from cases involving worldwide and domestic restraint and freezing of assets, receivership, criminal confiscation and civil asset recovery, significant cash seizure and asset forfeiture, and linked judicial review, to major fraud, money laundering and business crime trials. Fiona is often instructed because of her ability to offer advice and representation on a case, from advising upon, defending and prosecuting or applying for pre-charge/pre-action restraint and freezing proceedings at the very outset to dealing with confiscation issues and linked asset/civil recovery proceedings at the conclusion of a case.

Fiona is appointed to both of the SFO’s ‘A’ Panels of Prosecution and Proceeds of Crime Counsel, and the CPS Advocates’ Panel Specialist Proceeds of Crime List. She is a regular lecturer on her areas of practice both domestically and internationally, including for the United Nations, the Council of Europe, the National Crime Agency and the British Council. Fiona is also a contributor to the leading textbook “Confiscation and the Proceeds of Crime”.

Fiona Jackson is also a member of Chambers at 33 Chancery Lane.

R v Black, Diaz, Wilson and others (2015-2019) – Instructed (as led junior) by the SFO as part of the prosecution team for a five-month trial of a multi-million pound fraudulent scheme to install solar panels which defrauded hundreds of victims including elderly, retired and vulnerable people.  Six defendants were found guilty of conspiracy to defraud by false representation in 2018, Serious Crime Prevention Orders were imposed, and determination of confiscation proceedings is underway.

Libyan Investment Authority v. Societe Generale SA (2017) – Instructed (as junior counsel) to advise and represent a witness in a role in connection with a $2.1 billion claim in relation to a series of disputed trades, including derivatives, allegedly amounting to bribes entered into as part of a fraudulent and corrupt scheme between 2007 and 2009, before Colonel Muammar Gaddafi was ousted.

Saleh v SFO (2016-2018) – Instructed (as led junior) by the SFO in a property freezing order appeal ([2017] EWCA Civ 18), where the Court of Appeal found that an order made in Canada was not an order in rem whose effect was such as to preclude the SFO from contending that the money is or was recoverable property in England & Wales. In March 2018, the SFO successfully applied for a civil recovery order in the sum of £4.4million: the High Court found that the cash held in a London bank account for the benefit of the defendant was the proceeds of criminal conduct, being the benefit that she and other individuals linked to the government of Chad were paid as corrupt financial inducements in return for the award of a contract to exploit oil reserves in Chad ([2018] EWHC 1012 (QB)).

DPP v Repaci (2016-2018) – Obtaining for CPS its first registration of an external order and making of a civil recovery order under the Proceeds of Crime Act 2002 (External Requests and Orders) Order 2005, arising out of a request from the Republic of Italy for property freezing and recovery of assets in this jurisdiction.

R v A & A (2015-2018) – Instructed (as led junior) in the Crown Court and Court of Appeal ([2016] EWCA Crim 96) by the CPS on behalf of the State of Kuwait to seek and maintain restraint in this jurisdiction of assets belonging to Kuwaiti nationals being investigated in Kuwait for alleged criminal conduct including money laundering.

R v Choudhury (2014-2019) – Instructed (as led junior) by the CPS to prosecute multi-million pound confiscation proceedings involving a trustee in bankruptcy and significant assets in foreign jurisdictions including Bangladesh.